After Cambodia, it was back to Bangkok for a few days. My travel companions from Ireland and the US joined me here, and our group traveled together for the rest of the trip.

During our time in Thailand we visited the two largest cities - Bangkok and Chiang Mai.

Bangkok is a city as international as they come, with expensive shopping districts, where brand name clothing seem to cost even more than Boston, and alleys of street food where plenty of locals meet.

As we started our tour of the city, we discovered we had arrived on an auspicious day: Loi Krathong, the Festival of Light. The celebration took place at night, and consisted of the locals placing little rafts of flowers and candles in all local bodies of water - quite cool to see.

Turns out, festivals are not a rare occurance in Bangkok, as the next day we came across another festival just outside of the city. We enjoyed this celebration even more than the first, as every local we encountered seemed thrilled to see westerners wandering around, and brought us to the front of every food line for samples. We never did catch the purpose/meaning of this second celebration, but we certainly enjoying eating like kings, all for free!

Our festival adventures were a sharp contrast to our experiences in the city centre, where we felt exploited at every corner. Agressive tourist tat hawkers assulted us at every opportunity, and a mish-mash of Taxi/Tuk Tuk drivers refused to use the meter to screw tourists on every fare.

These exploitative experiences took some of the shine off Bangkok, a real shame.

Most of our Bangkok dining experiences were similar to the Thai food available in Boston, and not much cheaper. All was not lost, however. The culinary highlight was a random Trip Advisor recommendation - Gedhawa, down a side street near our hotel. Spoken English was sparse, but the Tom Yum Kong was the best I’d experience on the entire trip. The view from Sky Bar was incredible, but the drinks were average with prices on par with the best of NYC.

One thing which surprised me about Bangkok (and Siam Reap, Cambodia) was a hipster coffee house culture to rival even Brooklyn. Italian made, polished chrome coffee machines serving espresso (with beans sometimes roasted in-house) were bountiful, more so than in many cities in the US. I’d love to know what spurs this urban coffee renaisance, as outside of major cities, god-awful freeze-dried instant coffee (frequently including imitation coffee syrup) were the norm.

Chiang Mai was a sharp contrast to Bangkok. The city is far smaller, cleaner - and also with less glitz, glamour, or drama.

The most resounding difference for us was the locals - a much friendlier bunch, with nobody making too great an effort to scam us.

It’s by far the nicest city we’ve visited on our trip, and I’d gladly return. 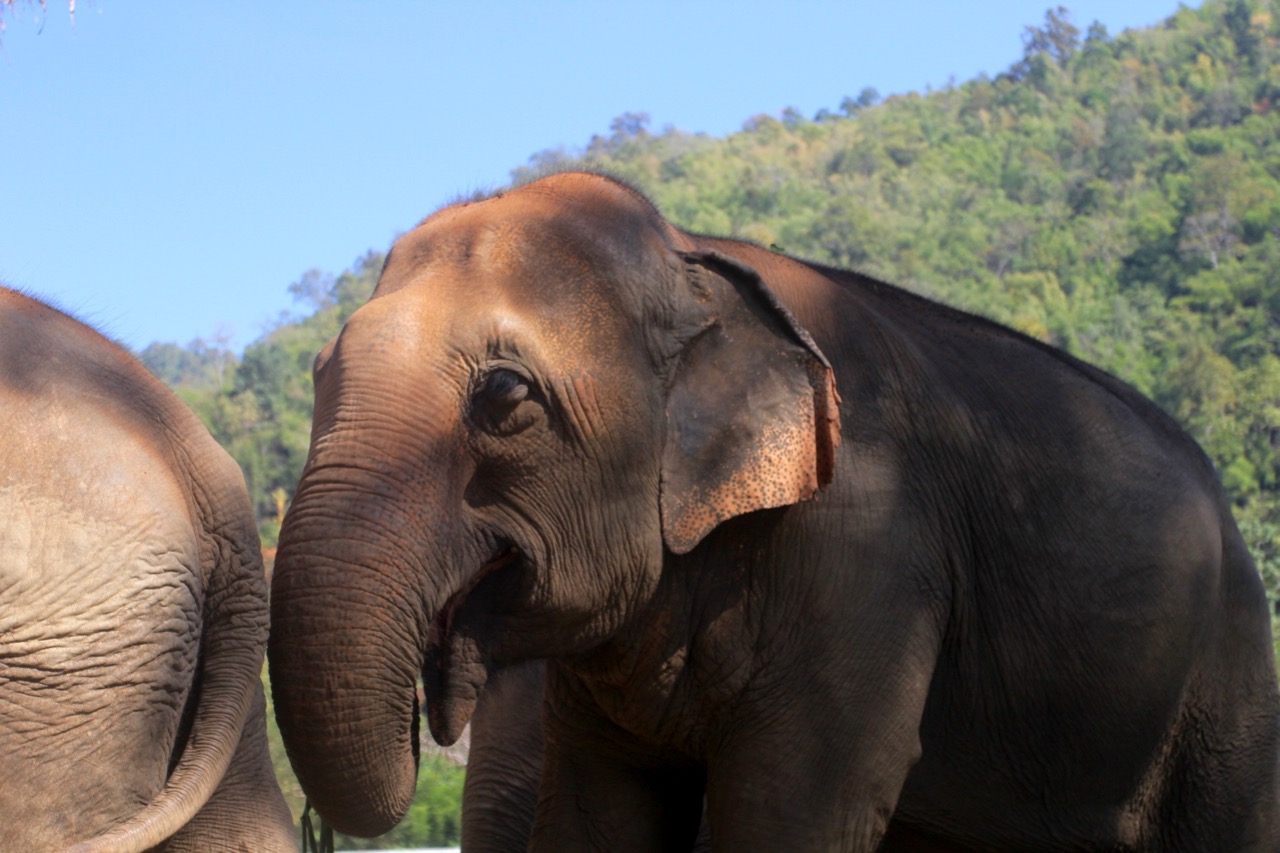 While staying in Chaing Mai we decided to take a day trip to visit to the Elephant Nature Park. This trip was one of the real highlights of Thailand for the group. Elephant riding, and even other “sanctuary” day trips are quite common throughout Thailand. The Elephant Nature Park is a true sanctuary, where they take in animals rescued from less ethical conditions, often coming from the tourist trade. We also rented a car for an evening, and drove into the foothills of a national park overlooking the city.

Unfortuantely, we didn’t have any stand-out brilliant meal while in Chiang Mai. We did stay in the most incredible boutique hotel, booked last minute due to a change in plans. A lot is said about how awful driving in Asia is, but honestly, it hasn’t proved much worse than Boston thus far. It’s also the best way to see some unspoiled countryside - to be recommended.

The other activity highlight was the Thai Farm Cooking School, where we learned how to cook a whole host of Thai dishes. Most impressive, everything we made was a resounding success! 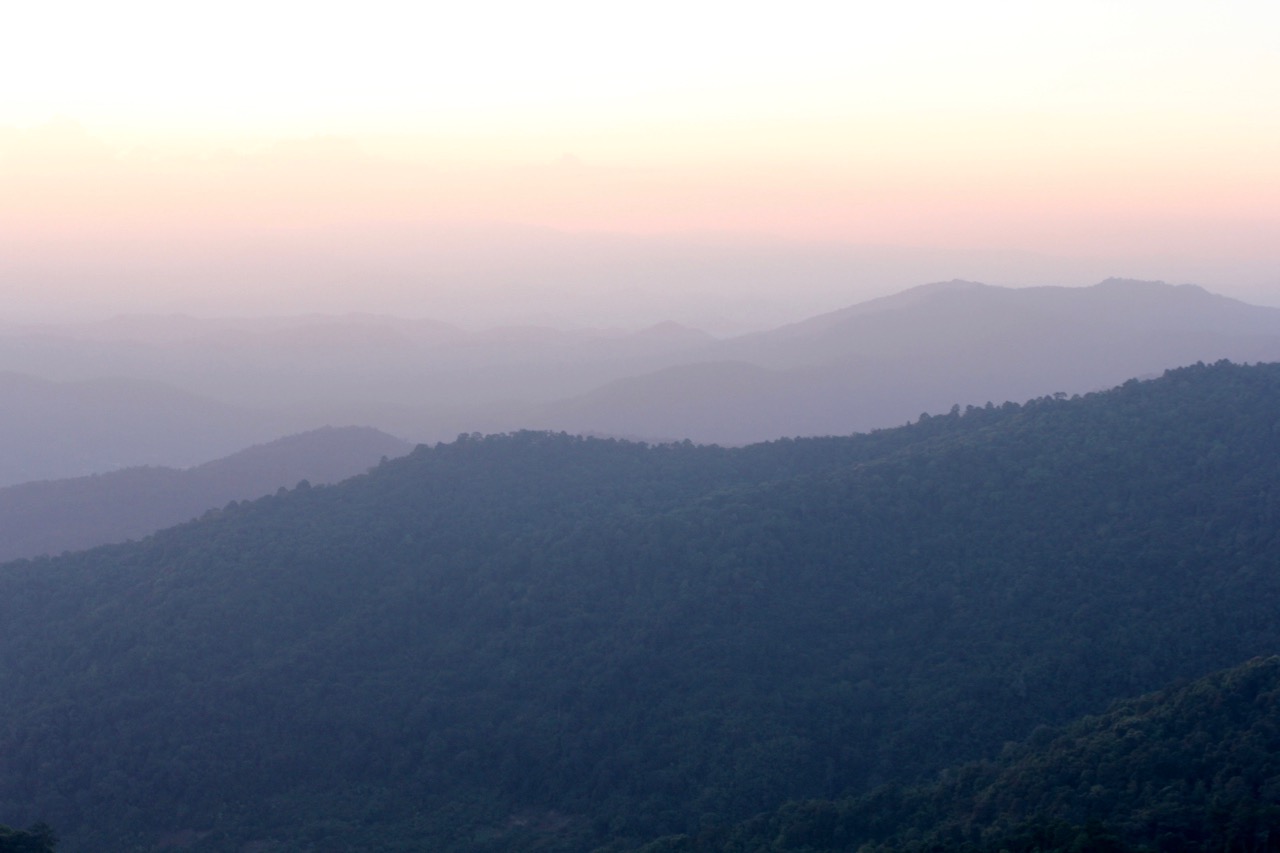