There’s nothing like a road trip on a whim – especially when it’s a 700km round trip. In a day. As one does. Despite misgivings that a road trip to New York might not be day-trip material, we set off southwest bound. 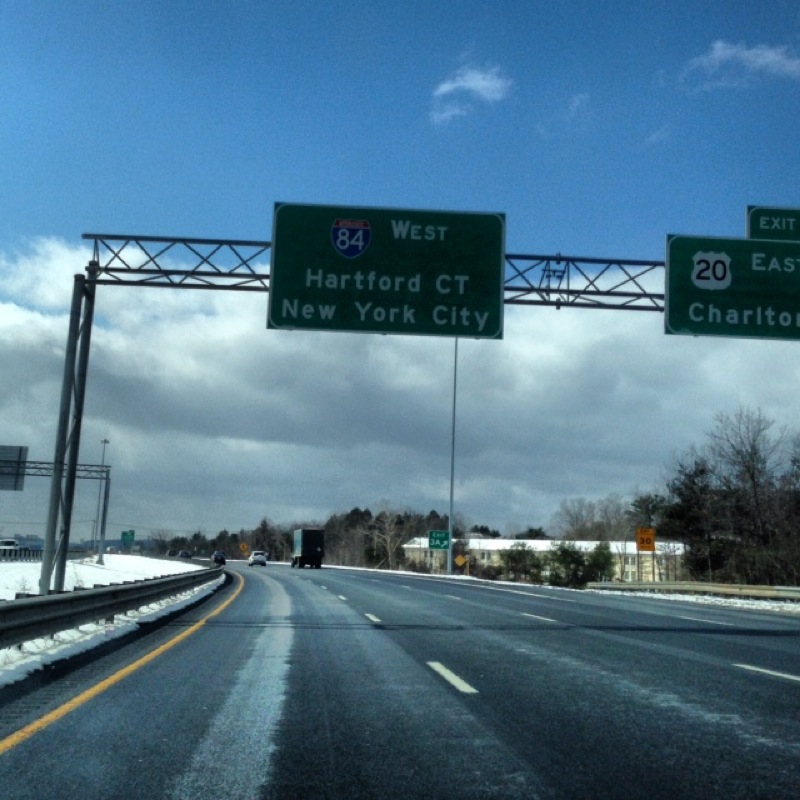 Interstate travel is incredibly easy to navigate – exits are well marked in advance. The roads are at times of shocking quality, making me wonder if a combination of harsh winters and concrete instead of blacktop is a sound choice. 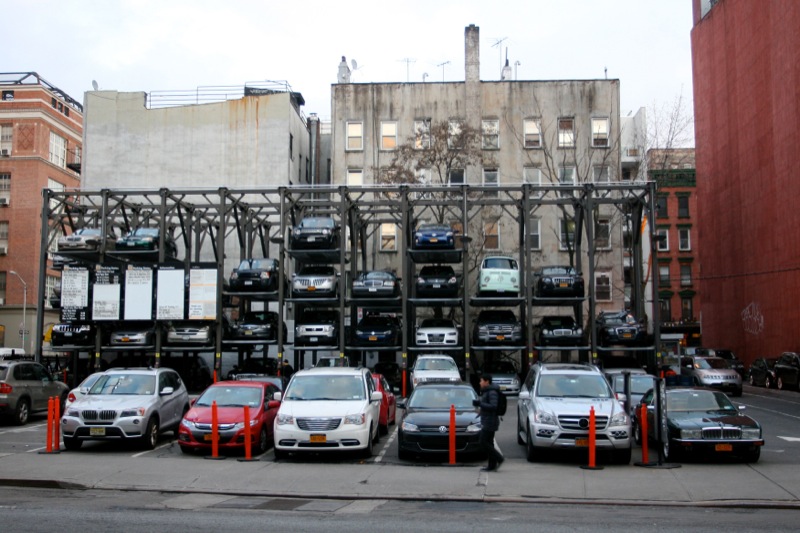 Awesome Parking – Note: VW Bus! The trip down took the best part of four hours, and from Downtown Boston to Lower Manhattan cost a pretty reasonable $11.80 in tolls. Driving in Manhattan seemed like any other city – agro mode engaged. Plenty of people trying to take advantage of the ‘n00b’ in the Mass plates, mostly unsuccessfully.. Parking, while difficult, wasn’t impossible – the second garage we tried was free. The day cost $35.

First impressions were the approach into the city by car. The Bronx is a sprawling dive, which seems much larger than any of Boston’s. Brooklyn seems like a pretty cool spot, with just the right touches of gentrification.

After passing Brooklyn, we parked in Little Italy/Chinatown. Boston’s North End is certainly a more plush Italian quarter, but New York’s Chinatown is some orders of magnitude larger, and certainly more authentic feeling.

Times Square From here, despite the advice of countless people, we grabbed the subway to Times Square. It’s exactly as expected – banks of oversize advertising displays, and lots of tourists. Certainly a sight to be seen, even if only this once.

Speaking of the subway – it’s certainly more threatening than Boston’s. There’s a distinct lack of maps on many station platforms. This is slightly redeemed by the illuminating progress map onboard most carriages. Both stations and trains are far more frequent. They’re marginally more expensive too, at $2.70 per trip. Perhaps a day pass is a wise investment!

Central Park From here, we wandered to Central Park, and back down 5th Avenue, to the Empire State Building. Unlike most viewing platforms (Montparnasse in Paris, Berlin’s TV Tower), the view from the top of the Empire State really is spectacular – well worth the admission fee.

At some point, the wonders of the grid system became clearly apparent. It makes finding one’s way through a city absolutely effortless once it just ‘clicks’. It’s also still a little alien, however. The anticipation of not knowing what’s around the next corner is ruined – I think this is part of what defines what it is to be a European city.

Because of the height of the buildings, the streets also seem to see less daylight. The city feels less open than Boston, and I prefer the minute skyline I’m now calling home along Boston’s Atlantic Ave to any New York street.

There’s some interesting parallels to be drawn when comparing Boston and New York with some European cities. In particular, it reminds me of the Munich v.s. Berlin debate.
Boston is like Munich – lots of open spaces, spotlessly clean, a little quiet after midnight.
New York is like Berlin – lots of concrete, grungier and never sleeps.

Skyline from Empire State Building I’m wondering if my experience with New York is akin to that of Paris. My first few trips reveal nothing but tacky tourist shops and crowds. Subsequent trips, having learnt the beat of the city then differ vastly. It’s certainly too early to make my mind up on New York, a day trip doesn’t provide enough insight – hence the ‘Take 1′.
First impressions leave me wanting more – but as a weekend destination, not as home. Perhaps I’ll reserve judgement for now!
Some practicalities..

For me, the roadtrip experience is part of the fun, but future trips will undoubtedly be by bus – far more cost effective. Failing this, finding a suitable park & ride location would be preferable to driving downtown.