On St. Patricks Day in Boston 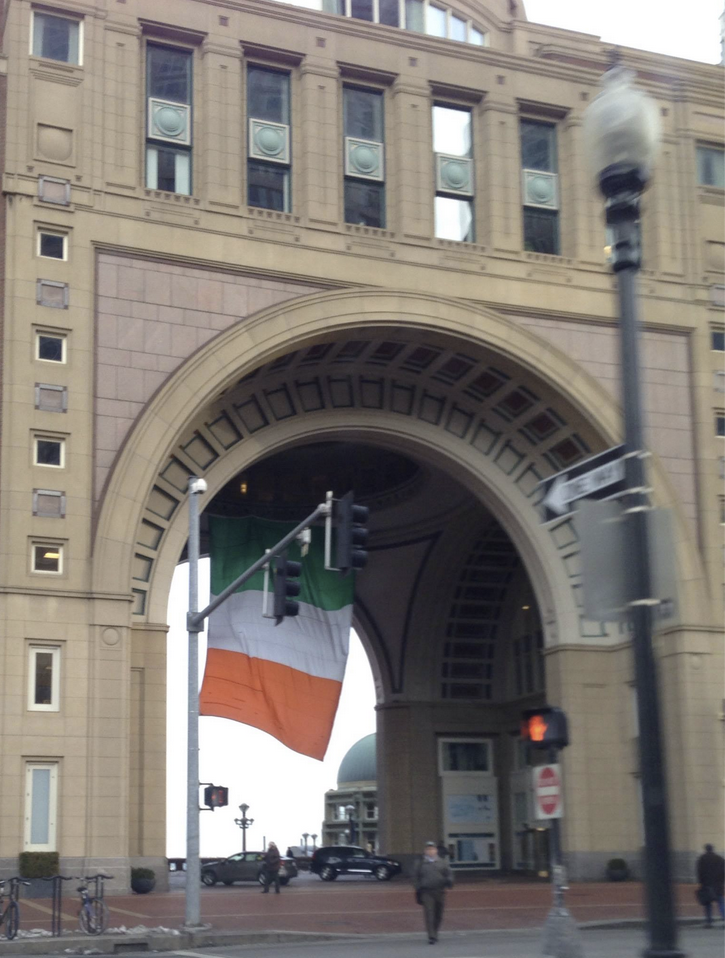 This year, St. Patricks Day in the United States has been mired with a controversy that’s been brewing for years, perhaps exasperated by the recent RTÉ coverup of #Pantigate [1].
The New York parade has received most coverage – with calls for Irish Politicians to boycott the parade unless issues surrounding allowing LGBT rights movements  to participate in the parade. A similar storm has been brewing here in Boston, although perhaps receiving less attention back home.

One of the first tasks of newly incumbent mayor Marty Walsh, born of Irish parents [2], was his threat to boycott the parade unless a compromise could be reached with LGBT groups. A sign of great things to come from Boston’s new Mayor, no doubt – but alas his attempts to broker a deal were unsuccessful.

Now, we come to the organisers of the St. Patrick’s Day Parade in Boston. The parade is organised by the Allied War Veterans Council of South Boston – a shaky start.  This is the group who has repeatedly refused MassEquality their right to march in the parade. The reason given, past and present? A rule [3] which states “No sexual orientation” as part of the message of those marching.

If a ban on expression of sexual orientation isn’t an act of homophobia, I don’t know what is – but what about their question of the purpose of the parade – expressing all things Irish?
What makes the Boston Pipefitters Union, or the Boston Fire Department a better expression of what it means to be Irish? Or my favourite – the Paso Fino Del Fuego Farm’s horses, who display a style of riding not even practiced in Ireland.

If anything, Mass Equality embody the attitude of a modern Ireland more so than any other parade float. As a country which has overthrown it’s Catholic oppression, no longer shaped by that special flavour of guilt, we’ve emerged overall as a society, although far from perfect, more accepting than most. Lastly, what right does this group, the Allied War Veterans Council have to decide what constitutes the expression of what it means to be Irish?

This Parade needs new organisers. With one of the parade’s major sponsors, Sam Adams beer having pulled it’s sponsorship, one can only hope for insolvency – the least which this hateful organisation deserves. None the less, it would be a shame if this were to impact the parade itself. Having attended last year, the variety of floats was to be commended – better than what is to be seen in most towns in Ireland. It’s a pity the whole message of the event is thoroughly tainted by the attitudes of the organisers.

So, if you’re contemplating visiting the St. Patricks Day parade this weekend in Boston or New York, go right ahead! I’m not going to suggest a boycott, it will achieve nothing, and it’s a great event. All I ask is you are mindful of the inaccurate picture it represents of a modern Ireland.
Remember – it’s never called St. “Patty” [4], we don’t put green dye in our beer, and we’re not a nation of homophobic bigots.